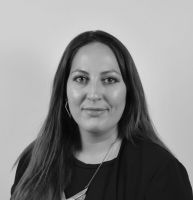 Why are countries around the world experiencing more floods?

Climate change has increased the frequency and intensity of floods, and other natural weather-related events that we are witnessing around the world.

Find out how countries can experience both droughts and floods, and how they affect people's resilience and capacity to adapt to disasters. 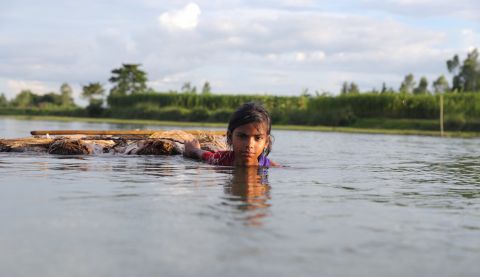 Adori, 13, has to cross flood water to attend school in her village in Bangladesh. Photo: Fabeha Monir/ActionAid

Increasing global temperatures have recently led to significant, abnormal changes in weather patterns in many parts of the world.

The climate change we face now, which is largely the result of human activities, is making extreme weather events more frequent and more intense. Some of the examples that we are seeing more and more of, across the world, are erratic and heavy rainfall, floods, droughts and cyclones.

Instances of heavy rains and flooding have risen dramatically over the last decade, with some scientists finding the rise as high as 50% across the world. The European Academics Advisory Panel found that extreme rainfall events and floods are occurring four times more than in 19801 .

Right now, many towns in South Yorkshire are inundated with floods, with more rain forecast to arrive. This week Venice has already seen three of the worst 10 floods in hundred years, submerging 80% of the city in water. Parts of eastern and southern Africa, that have experienced prolonged droughts since 2017, are now also facing devastating floods due to changes in global temperatures.

Experts say this is a direct result of climate crisis that was predicted since before 1990. The rising global temperatures are increasing the likelihood of storms, raising sea levels and amassing more moisture in the air which are increasing the propensity and intensity of floods.

According to the latest advice from the Intergovernmental Panel on Climate Change (IPCC), the world’s coastal megacities will face economic losses 166 times more by 2050, due to climate related flooding.2

Floods are described as sudden onset events where normally dry land is inundated with an overflow of accumulated water that it is unable to absorb.3

There are several types of floods with differing speeds such as flash floods caused by heavy rain, river floods which are seasonal and coastal floods associated with cyclones and tsunamis.

The frequency and intensity of floods that we are witnessing globally can be caused by several factors . For example, degradation of soils and the ecosystem due to unsustainable development, makes it increasingly difficult for lands to absorb the waters from heavy rains. The combination of erratic and increasingly intense rainfall – that is increasingly difficult to plan for – with poor ongoing land management and degradation, makes certain regions and communities particularly vulnerable to flooding.4 Communities based in coastal regions are particularly at risk, because they also face the threat from sea level rise and storm surges. All of this is further exacerbated by little or poor flood planning and management.5

As the earth warms, the air can hold 7% more water vapour for every one-degree Celsius rise in temperature. When this air rapidly cools, water vapour turns into droplets which join together to form heavy rainfall.6

Heavy rainfall over a short period of time can cause flash floods or moderate rainfall over several days can overflow rivers or dams. Countries that have been dealing with high water levels for many years, have had the time to adapt – for example the Netherlands which has created the world’s most sophisticated flood barriers. But for countries that have not, historically, had to deal with such heavy rains, they have not adapted, making them more vulnerable to dangerous flooding.

Increasing temperatures are also melting polar ice caps which pose significant threats to coastal towns and cities. Antarctica has lost about 3 trillion tonnes of ice in the last 25 years causing global seas to rise by 8mm. In the future sea levels could rise as much as 5 meters.7

While Somalia and parts of Somaliland are currently experiencing heavy rain, over the last three years Somaliland has experienced more periodic droughts. These droughts have occurred due to shorter rainy seasons and sporadic and unpredictable rainfall.

In Somaliland, the recurrent droughts have dried out soils and land, killed vegetation and livestock which is severely affecting the food and livelihoods of local pastoralist and farmer communities.

Then when rain falls intensely, dry, cracked land caused by drought is unable to soak up the moisture fast enough causing it to run off.

The people of Somaliland are struggling to deal with these erratic changes in their weather. The unpredictability of the weather makes it more and more difficult for families to plan ahead and adapt to changes in the weather. The long-term impacts of the droughts have impacted people’s resilience to shocks and stresses, like the current heavy rains in some parts of the country.

This year, we are highlighting the climate change-related hidden crises around the world — like the devastating situation in Somaliland, Bangladesh and other parts of the world.

15-year-old Hibaq who is living in a camp for displaced people in Somaliland has had her life turned upside down by the drought in Somaliland.

Previously, we were a pastoralist family who had a lot of livestock. When we lost the livestock, we had to move from one place to another looking for a better place to live… Now I feel like I’m in prison”

Your donation of £7 a month could help us reach more women and girls with the support they need to survive.