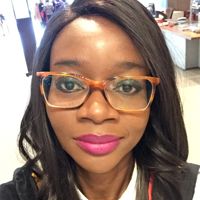 It starts with a smile and a promise. An offer of help to a struggling mum or show of affection to a neglected child. A golden opportunity to a hardworking girl who wants to free her family from poverty. But behind the human trafficker's apparent kindness is an industry that causes untold misery around the world. 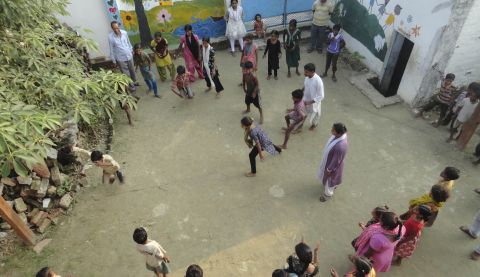 Worth an estimated £96 billion a year, this ruthless trade, where people are bought and sold as commodities, relies on exploiting vulnerability.

Many trafficking victims are women and girls, typically transported far from home and coerced into forced labour, commercial sex work and/or domestic servitude.

Traffickers have a good nose for misery

Traffickers don’t always look like seedy, threatening types. They look like you or me. They are respectable; they are warm. They spend time grooming their prey.

A girl like you could go to Europe and work as a babysitter or in a hospital and earn good money.”

And they have a good nose for misery. With so many girls hurting in the world, it is little wonder that business is booming.

"You can't look after all your children, let me help you"

Amina lived in rural Kenya. When she was nine years old, a distant aunt from the city came to her destitute parents. She offered to take Amina to the city and put her into school. In return, Amina would do a few chores around the house.

“How does that sound?” the aunt asked Amina’s parents. “Because, you know, you can’t afford to take care of all your children.”

Amina spent 14 hours a day cooking and cleaning. She was repeatedly raped and by age 16 forced to have an unsafe abortion."

Once Amina arrived in the bustling metropolis, reality kicked in. She never went to school. Instead, Amina spent 14 hours a day cooking, cleaning and looking after the ‘aunt’s’ children.

As she grew, the man of the house took a sexual interest in her. She was repeatedly raped and by age 16 forced to have an unsafe abortion.

By now Amina had few expectations from the world.

A hair salon owner had spotted Amina on her errands and honed in. “This is no life for you, Amina,” she told her. “A girl like you could go to Europe and work as a babysitter or in a hospital and earn good money.”

Amina’s new friend arranged everything. When Amina arrived in the UK her passport was taken away. She was locked in a room and forced to have sex with up to 12 men a day for money.

Her ordeal lasted for two years until she escaped and was helped by anti-trafficking agencies.

When Amina arrived in the UK her passport was taken away. She was locked in a room and forced to have sex with up to 12 men a day for money."

Amina is a real girl; a girl I met and worked with. During my years working with women's rights groups in the UK and Africa, I've come to realise that many aspects of Amina's story are typical of trafficking survivors.

Why does trafficking happen?

Human trafficking cases have been on the rise. British government figures reveal a 245 per cent increase in the number of potential victims in the UK in the past five years.

It's difficult to say whether this surge reflects an increase in the problem or just better reporting. 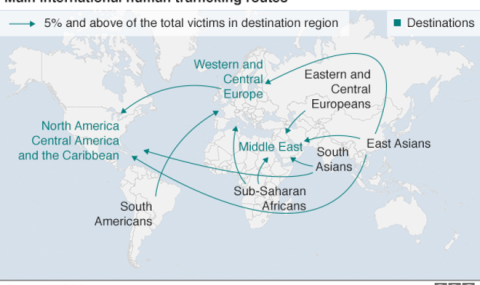 One thing we do know is that wherever there is vulnerability, you will find traffickers. They know where to source their victims.

UK government figures show that most people trafficked into the UK come from countries such as Nigeria, Vietnam, Romania and Albania, where there are high levels of poverty and inequality.

Few of us would agree to send our children to an unknown place without finding out every single thing about it. But for thousands of people whose lives are in jeopardy through factors such as poverty, economic inequality, famine or conflict, choices are limited. Migration from their community or their country seems like the best opportunity they have to survive.

When life in the village could mean watching your children waste away, why not take the chance of sending them to a place where they could find health and happiness? After all, there are many stories of successful migration, and you cling to the hope that your child will become another one of them.

Barriers to getting help

You are a woman now. This is your lot in life.”

Sexism, racism and an insidious belief that people born into poverty are simply destined to be abused allows it to thrive. Amid the abuse, Amina was told: “You are a woman now. This is your lot in life.”

Trafficking survivors that I've worked with in the UK have told me that they faced a double nightmare. Not only did they endure horrific abuse, but they were also shunned by the authorities and their own families.

This cannot be acceptable. And I'm proud to say I'm not the only one who feels this way.

Around the world, ActionAid supports women's rights groups dedicated to tackling trafficking and other forms of violence.

We fund initiatives in Africa and Asia where survivors can get immediate help.

Human trafficking is modern day slavery. Until we abolish it, we cannot say that humankind has progressed.

We also work to bring about lasting change. This involves working with local partners such as local police and legal bodies to ensure they are better able to identify trafficking victims and help them to get justice.

In the long-term, keeping girls in education and creating jobs in their own communities will help to blunt the appeal of the traffickers. It will also challenge cultural norms which dictate that women and girls are natural recipients of abuse.

Human trafficking is modern day slavery. Until we abolish it, we cannot say that humankind has progressed. Please help us to tackle trafficking and all other forms of violence against women by sponsoring a girl today.

Sponsor a girl with ActionAid