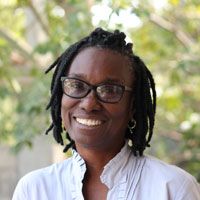 On 4th October 2016, Hurricane Matthew hit my country - Haiti. It destroyed homes, schools, crops, and roads, and brought island life to a halt. Our team has been responding to the crisis ever since, and thanks to public generosity, we have helped communities recover and build back stronger, through working with local partners, ensuring women lead the response, and focussing on sustainable solutions. 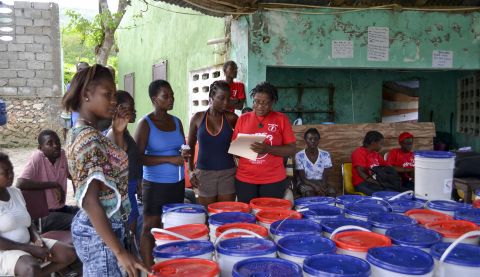 A locally-led response means putting people in the community – and our local partners – in the front. We must prioritise strengthening their capacity to meet their needs.

The Communal Committees really drove the response, providing feedback and ideas about our planned activities.

As soon as Hurricane Matthew hit, ActionAid staff went to the field and talked to groups of people in the shelters, as well as observing the situation first-hand. They organised focus groups and meetings to ask people  – “What are your priorities?”

After that, we set up Communal Committees that met every month. These committees really drove the response, providing feedback and ideas about our planned activities, drawing up beneficiary lists, monitoring our work and keeping the wider communities up to date. 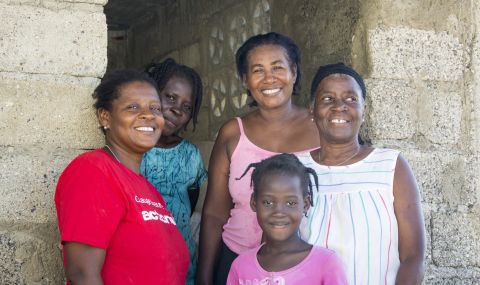 Working with our local partners was crucial to our effectiveness and speed. Having built up strong relationships with our partner KPGA for over ten years, we were able to swing into action and work together effectively straight away. Their rootedness in the community also made it easier to reach the most vulnerable people.

One KPGA women leader, Yayane, (pictured above) really inspired me. On the night of the hurricane, even though her house’s roof was no longer there, she put her own feelings aside and tried to save other families. What gave her the strength to resist and overcome her fear was through helping others.

There is a strong patriarchy in Haiti, meaning many women are already dominated. In an emergency, this always increases, but it’s important not just to target vulnerable women as victims, but to involve them as actors, driving their own fate. Including women in the response is therefore essential to make sure that women's needs are met, as well as men's.

At every step of our response, women were promoted, valued, and taken into account.

Two months before the Hurricane, ActionAid facilitated training of thirty women to become leaders in emergencies. And because of our partners' connections with the community, it was easy to quickly identify existing strong women leaders who wanted to help. 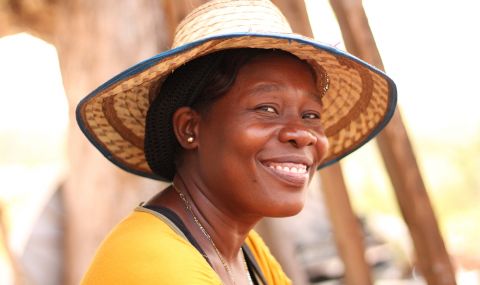 Some of our interventions targeted only women, like activities to restore women’s independent livelihoods. Other activities were aimed at the whole family, but we channelled support through women. Other activities had equal male-female participation, such as cash for work or agriculture activities – often these were typically male roles so working with both genders was more inclusive.

It’s important not just to target vulnerable women as victims, but to involve them as actors, driving their own fate.

Rosianne Fortilus (pictured above) helped at one of our seed distributions back in February. "The seeds are to help the community get back on their feet after the hurricane," she explained. "For each of the seeds everyone gets two spoons. It was clear that everyone got the same, so the distribution was fair."

At every step of our response, women were promoted, valued, and taken into account. The way we promote women as leaders, making them visible and giving them strength, has clearly had a massive impact. We set an important example of how to treat women, how to value women, and how to enhance their capacity and promote their self-confidence.

Women are among the most vulnerable group in an emergency situation like Hurricane Matthew. They have lost their privacy, their belongings; they are at increased risk of sexual violence and at risk of not receiving distributions of aid.

I have seen young girls get distributions through giving sexual favours against their will.

Because of Haitian patriarchy, men dominate all the State organisations, which means women are often excluded from distributions, and creates a very negative power relation. When physical power and respect is needed to get access to vital goods, women and other vulnerable people such as the elderly, can easily be sidelined, opening up opportunities for exploitation.

In the two forums we organised with women outside the areas we worked, many said that they had to sell their bodies in exchange for access to food distributions. 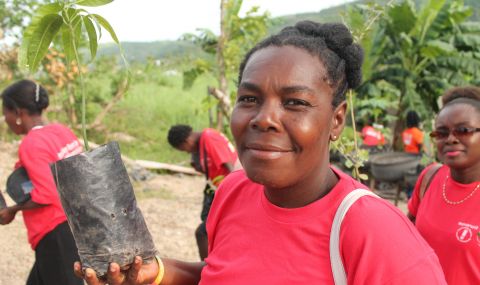 Kethly Philippe (pictured above) said: "You are more likely to receive aid if you are an attractive young woman. I have seen young girls get distributions through giving sexual favours to the people giving out the aid, against their will."

By contrast, in the communities ActionAid works with, there were no reports of sexual exploitation at distributions, precisely because women play a leading role in the response, and because our referral mechanisms deter exploitation and allow women to report any issues.

I'm not just any leader, I'm a strong leader.

ActionAid Haiti is focusing our advocacy efforts on exposing these issues and ensuring that other organisations have a stronger focus on protecting women.

Mernie Blaise (pictured below) is a member of our partner organisation SOFA. She says: "I'm not just any leader, I'm a strong leader. Learning and sharing information about the protection of women is important – it’s about prevention, and making sure people know that they can and should get help, if anything happens." 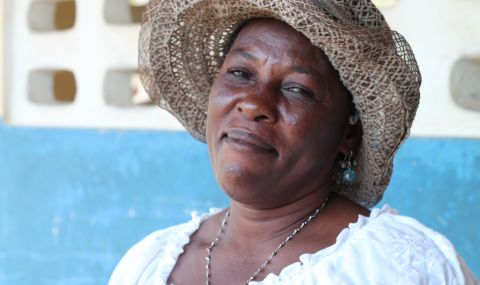 Looking to the future

In terms of ActionAid, every activity we put in place was with the explicit aim to increase resilience and look to the future. For example, because people were affected during planting season, we knew they needed crops to sustainably survive.

In terms of the country, Haiti still has a long way to go to be resilient. We need political will and the international community to support the country, using the model of local partners and sustainability. That's why ActionAid's work is so important. We must keep promoting good practice to influence in this direction.