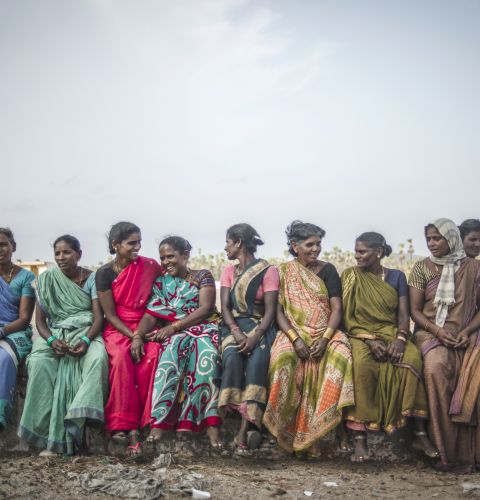 When women are able to claim their rights, entire communities benefit. Find out about women’s rights issues around the world, the difference that's made when women can access their rights, and what ActionAid is doing to champion gender equality.

Why does ActionAid fight for women’s rights?

From the moment they’re born, many girls are seen and treated as less than boys.

Girls are less likely to go to school than their brothers. Millions of girls worldwide are married as children, often to much older men.

And one in three women worldwide will experience violence in their lifetime, most likely at the hands of someone they know.

That's why ActionAid supports women and girls to claim their rights, challenge injustice and lead their communities out of poverty.

1 in 3
1 in 3 women worldwide will experience violence in their lifetime, most likely at the hands of someone they know1

24%
Women are paid on average 24% less than men globally2

What does ActionAid do to champion women’s rights?

ActionAid stands with the courageous women speaking out for change in their communities, and backs the grassroots women's rights organisations they lead.

We challenge harmful societal norms which create gender inequality and allow abuses like violence against women and girls to continue.

We tackle unfair economic systems that hold women and girls back, and promote their access to justice.

And we ensure that local women's rights organisations are at the forefront of humanitarian response work.

In many communities in Kenya, female genital mutilation (FGM) is a rite of passage for girls.

This dangerous and damaging practice affects girls physically and psychologically throughout their entire lives. After it has taken place, many girls are forced to marry and taken out of school.

66-year-old Maria used to carry out FGM on girls in her community; she was cut herself at the age of 12.

But ActionAid ran an awareness-raising campaign in her community, where Maria learned the real dangers of cutting.

She gave up being a cutter, and now leads her community to end the practice.

She also works as a birth attendent, supporting women who have undergone FGM to give birth safely.

Why the rights of women are important

The denial of women and girls’ rights is one of the biggest causes of poverty worldwide, and a grave injustice.

No community can truly prosper when half its citizens are denied the rights enjoyed by the other half.

That's why when ActionAid champions the rights of women, our work in turn benefits entire communities, helping people to lift themselves out of poverty.

But even today, there is no country in the world where women and girls as a group are not disadvantaged in relation to men and boys.

Donate £7 a month to help

25-year-old Selina is a member of the Sauti Ya Wanawake (Voice of Women) Women's Network in Kilifi County, Kenya.

This incredible ActionAid-supported group works to challenge gender inequality and improve the lives of women and girls in their community.

They campaign against gender-based violence, lobby the government to advocate for change, and run skills trainings so women can develop an independent income.

Selina has attended trainings where she's learned basket-weaving. Valuable economic skills like this allow women to build a sustainable livelihood, supporting themselves and their families into the future.

Top image: Women in a fishing community in Andhra Pradesh, India, who received support from ActionAid to claim their economic rights. Poulomi Basu/ActionAid