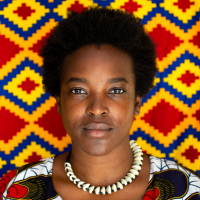 Why Netflix ‘His House’ star Wunmi Mosaku is standing with women

Award-winning British actor Wunmi Mosaku, who is known for her roles in popular UK TV dramas 'Luther' and 'Vera', talks about her latest Netflix film, 'His House'. She speaks to ActionAid's Farah Kabir and reflects on how Covid-19 is affecting women and girls in refugee camps like Cox's Bazaar in Bangladesh. 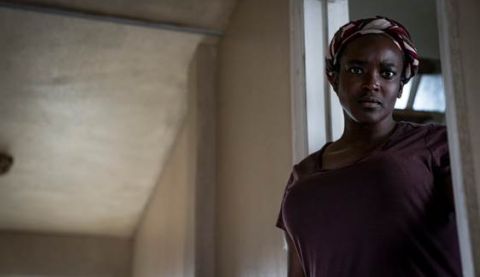 There are currently over 26 million refugees in the world. More than one million of them are living in Cox’s Bazar in Bangladesh after having fled violence in Rakhine State in Myanmar in 2017.

For my latest Netflix film 'His House', I play the role of a woman who escapes conflict. Like the millions of Rohingya refugees, my character flees her longstanding home, a war-torn South Sudan. She seeks refuge in another country, the UK, and has to face the horrors of her new reality.

So, I wanted to learn more about the experiences of refugees around the world, especially women and girl refugees, and how ActionAid is working with local women leaders to provide support.

The ActionAid team put me in touch with ActionAid Bangladesh's Country Director, Farah Kabir who works with Rohingya women in the world’s largest refugee camp in Cox’s Bazar.

The stories I heard were upsetting and moving.

That’s why this year, I’m supporting ActionAid's campaign to stand with the women and girls who are leading change in their communities large and small.

The impact of Covid-19 on Rohingya refugees

The Covid-19 pandemic is another devastating challenge that the Rohingya community is facing right now.

Farah told me that there’s a fear that the virus could spread like wildfire because of the density in the camps, let alone the lack of access to soap and clean water.

In the last couple of months, the team has also seen an increase in domestic violence due to people being confined – more and more women have been joining ActionAid's women-friendly spaces.

Sharmin told us that her mother was anxious about her working in the camps during a pandemic, but she knew how much suffering the Rohingya refugees have already been through and she was determined to help despite the risks."

I heard about Sharmin, who is a case-management worker for ActionAid Bangladesh. She helped a young woman that needed nine stitches after her neighbour’s husband slashed the soles of her feet with a knife during an argument over hygiene conditions.

Sharmin told us that her mother was anxious about her working in the camps during a pandemic, but she knew how much suffering the Rohingya refugees have already been through and she was determined to help despite the risks.

I’ve been an ambassador for ActionAid UK for just over a year now and I love that the charity works with local women leaders to find out what they and their community needs, rather than telling people how to improve their lives.

From the start of the pandemic, ActionAid has been working with local women leaders to distribute approved information about coronavirus in the camps.

Farah told me that life is challenging for Rohingya women, but they want to learn new skills like tailoring. So, ActionAid provided training sessions and sewing machines as well to empower women in the camps."

Wunmi Mosaku met with local women's groups in Ghana who are helping to stop violence against women and girls. Credit: Abbie Traylor/ActionAid

After the initial emergency response providing food, hygiene kits and access to washrooms, ActionAid worked with local women to form women-friendly spaces. Here, women could come together to work through their trauma and receive counselling following the violence and sexual exploitation they had experienced.

Farah told me that life is challenging for Rohingya women, but they want to learn new skills like tailoring. So, ActionAid provided training sessions and sewing machines to empower women in the camps.

ActionAid also asked local women farmers from another project to come and teach Rohingya women how to garden. They don’t have much space, but they innovate and grow vegetables on the frames of their shelters.

We must stand with Rohingya refugee women and girls

I asked Farah what the Rohingya women and girls want for the future and she told me they want to be able to learn, work and have a normal life which is why the new skills they’re learning are so important.

Unfortunately, you won't see these stories featured in the media as much anymore. That’s why it’s so important that we hear these stories directly from the Rohingya refugee women, raise their voices as much as we can and keep the issue on the news agenda.

It brought home to me how crucial it is that we stand with refugee women and girls too – wherever they are in the world - so that they’re able to live an empowered life free from violence and to create the future they want.

With support from ActionAid, women have been at the forefront of the Covid-19 response in many of the world’s poorest countries.

In the face of this terrible pandemic and its aftermath, we must stand with women to support their leadership towards change.

Your gift of just £3 a month could help fund a women’s group to build a better world beyond coronavirus. Please donate now.

Give a gift to stand with women