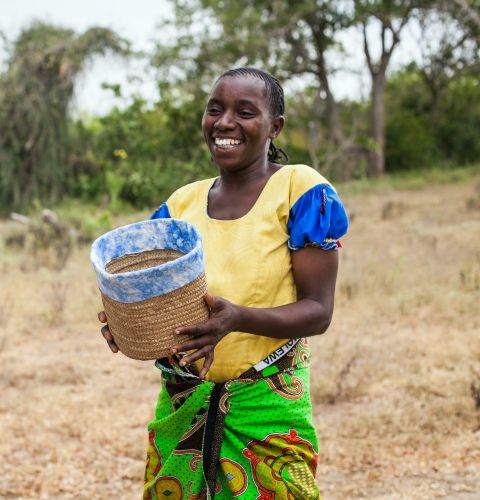 The gender pay gap is a global economic issue affecting women in every country. Most recent estimates suggest women earn on average 16% less than their male counterparts globally1 , although this percentage is far greater in many places.

Despite the progress that has been made on gender equality, for example in increasing women and girl’s access to education, and higher rates of participation of women in the labour market, the pay gap still persists because it is the result of deeply rooted inequalities in societies and the economy.

In recent decades women have increased their education - sometimes even reaching higher levels or qualifications than men - extended the number of years they spend working in their lifetimes, and entered male-dominated professions like medicine and law2 . Nonetheless, the pay gap persists: at the current rate of progress, it is estimated it will take 257 years to close the gender pay gap around the world.3

Gender pay gap at a glance

257 years
At the current rate of progress, it will take 257 to achieve equal pay

What does the gender pay gap mean?

The gender pay gap refers to a situation in which women receive unequal pay for equal work.

A job may involve a different set of qualifications, skills and responsibilities, but nonetheless represent equal value and, therefore, merit equal pay.

A job in the male-dominated construction sector, for example, looks different from a job in the female-dominated childcare sector. But while the level of skill, effort, responsibility and working conditions may be similar, the childcare job will usually be lower-paid.6

Why is there a gender pay gap?

Systemic gender inequality is the ultimate root cause of the gender pay gap.

Due to gender stereotypes and social norms, women are often trapped in low-skilled jobs with low wages, perceived as well-suited to women’s manual dexterity, attention to detail and caring nature – assumed to be every woman’s traits. As such, they are not seen as occupations that require a huge amount of training or upskilling, and therefore they are not seen as warranting higher wages.7

These are often also occupations (like factory assembly, nursing or early years childcare) that are seen as easy to fit around women’s unpaid care and domestic work.

This is commonly compounded by discriminatory practices in the workplace, which tend to favour men in hiring decisions for higher-skilled, higher-paid jobs, and prevent women from gaining promotions and pay rises.

Chidi King, Director of the Equality Department of the International Trade Union Confederation, has observed that when women enter the labour market, their role as workers is often “seen as subsidiary or supplementary to their principle role of ‘homemakers’.”

Even where women have equivalent or better qualifications than men, their skills are not valued the same as men's and their career progression is slower.”

Furthermore, systemic inequality means that globally, girls are less likely to get a full education than their male counterparts. Even if they do, this does not guarantee them a good job when they leave school, due to persistent gender stereotypes and the sheer shortage of decent work in many places.

On average, women around the world carry out at least two and a half times more unpaid household and care work than men. This includes cooking, cleaning, fetching firewood and water, and taking care of children, sick relatives and/or the elderly.

Because of the disproportionate amount of unpaid care and domestic work that falls on women and girls, they have less time to spend on paid work, or expanding the skills and qualifications they would need to gain higher-paid employment opportunities.

Around the world, women are significantly overrepresented in informal, insecure jobs, like cleaning, caring and garment/textile work.

These jobs often come with poor working conditions and fall outside of labour laws, so provide no access to health care, maternity protection or paid leave and put women at higher risk of violence at the workplace. This traps women in low wages, with little opportunity for career progression and decent work.

While women are, on average, paid less than men, this disparity increases with the number of children a woman has.

This can relate to reduced working hours and/or employment in jobs with more seemingly family-friendly working hours, which tend to be lower-paid.

The pay gap can also be caused by hiring and promotion decisions in the workplace, which favour men and non-mothers.

It can also be caused by a lack of programmes to support women’s return to work after time out of the labour market for maternity leave, and the lack of gender responsive public services like affordable childcare so women can go back to work if they choose. 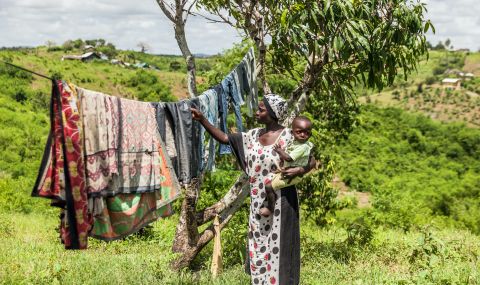 In Mombasa county, Kenya, ActionAid has given training for women like 36-year-old Fatuma, to help her boost her income and develop sustainable farming practices. . Photo: Natalia Jidovanu/ActionAid

While women globally are paid less than their male counterparts, this disparity increases for women who are at a further disadvantage due to additional intersecting factors of discrimination, such as religion, race, caste, geographical location, age, sexual orientation, ableism and many more.

The UK is no different to this US context. Women from almost every minority ethnic group experience a pay gap with White British men in the UK. Black African women earn on average 19.6% less than White British men.9

Consequences of the gender pay gap

The gender pay gap means that, despite apparent progress in workplace participation, in reality women still face deeply-rooted, systemic barriers to fully exercising their rights, including their right to decent work and equal opportunities to build the life they want.

ActionAid’s ‘Close the Gap’ research found that women in developing countries could be US$9 trillion better off if their pay and access to paid work were equal to that of men.10

And the costs are not only to women’s finances: women’s economic inequality limits their life choices too – like their sexual and reproductive health and rights – leaving them vulnerable to violence and other forms of discrimination and exploitation.

Because they are more likely to be financially dependent on male partners or family members, the pay gap can ultimately limit a woman’s ability to leave a violent partner.

This issue has been exacerbated and accelerated by the Covid-19 pandemic, which has hit women living in poverty the hardest.

Globally, women are overrepresented in the sectors of the economy most damaged by the pandemic; if women were represented at the same rate as men in those sectors, 112 million women would no longer be at high risk of losing their incomes or jobs.11

How ActionAid works to end the gender pay gap

Around the world, ActionAid works to advance women economic rights: recognising equal work for equal value, and tackling the systemic barriers women face both within and outside of the workplace.

We campaign for the recognition, reduction, redistribution and representation of unpaid care and domestic work, and engage in advocacy from local to global levels, addressing systemic policies and practices that affect women’s economic rights.

Through our Young Urban Women: Life Choices and Livelihoods Programme, for example, we are working with over 7,000 young women, providing a platform for collectives of young women in urban areas to share knowledge and experiences and take action to claim their rights.

Across these cities, young women are organising in multiple ways to confront the lack of quality public services and infrastructure as the main reason behind their unpaid care and domestic work burden.12

In Doti, Nepal, poverty levels are high and people - usually men - often travel to India in search of work. Due to a combination of patriarchal and religious-cultural norms, women are usually limited to household-based or informal, low-paid work.

In partnership with local organisations, ActionAid has set up Reflect Circles across the region, in which over 600 women meet to discuss issues like work, unequal pay, unpaid care work and violence against women.

These circles are the cornerstone of ActionAid’s Human Rights Based Approach: empowering the women we work with to bring about lasting change.

Thanks to ActionAid training, Radhika says her income is now "sufficient to meet all our needs for the whole year".

In Bangladesh, as part of ActionAid’s POWER project, we have supported women to develop a sustainable income through redistributing unpaid care and domestic work and improving their knowledge on agroecological farming techniques.

By supporting women with the tools and knowledge they need to practice these techniques, and by helping reduce the burden of unpaid care and domestic work, the POWER project has enabled women like 45-year-old Jamila to feed her family, boost her income and deposit savings in local cooperatives.

Top image: a basket-weaving project in Kilifi County, Kenya, supported by ActionAid, is helping women like 25-year-old Selina to boost their incomes.