How peanut butter is changing women's lives in Kenya

Find out how a group of fearless women in Kenya are working to put an end to violence against women and girls... and what peanut butter has to do with it. 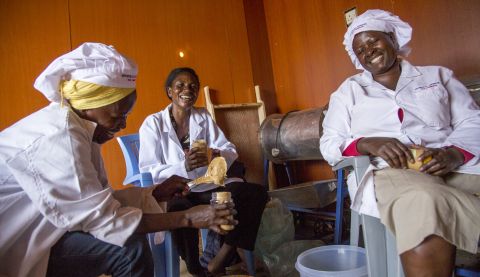 When I think about peanut butter, the first thing that comes to mind is how well it goes with jam, followed by how many calories it contains (which I quickly forget). The one thought that has never crossed my mind is how making peanut butter could change someone's life - until last week, when I found a jar of a new brand of peanut butter in the office. Don't worry, this is not a dodgy advertorial, but the start of a very inspiring story.

It all started with Wangu, an inspiring woman who overcame her fear and decided to stand up to support other women in her community. 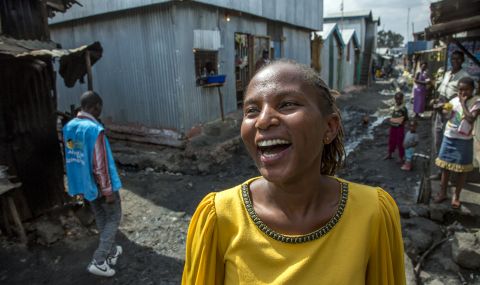 Wangu was car-jacked and sexually assaulted in 2002. She told us: "One of the men who robbed us held me hostage, pointed a gun at me. I had to choose between being alive and being dead."

When she reported the facts to the police, they didn't take her seriously and only recorded the crime as robbery, with no mention of rape.

Wangu says: "People don't see sexual violence as a crime. They think it's just an issue between a man and a woman; just like sex. They don't understand that it takes your dignity away, as an individual."

The stigma and blame attached to rape survivors drove Wangu into a deep depression for more than two years. Like many women in Kenya who experience violence, she used alcohol and sex to ease her pain.

But one day, she decided that enough was enough: it was time to stand up and reclaim her dignity back. After months of counselling, Wangu went from being in the darkest of places, to taking the decision to help other survivors.

From the challenges and stigma she endured, Wangu set up The Wangu Kanja Foundation, a partner of ActionAid, which helps women recover from sexual abuse and find their own place in society.

I couldn't stand the thought of so many thousands of Kenyan women not even knowing they had the right to stand up for themselves. So I decided to use my experience to help other women who where going through the same." 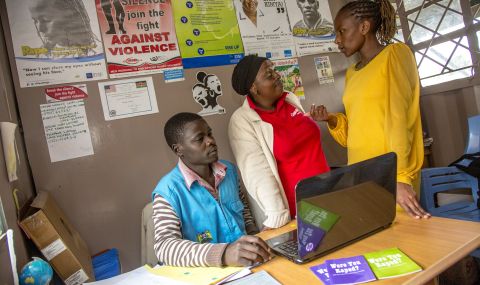 One of the aims of The Wangu Kanja Foundation is to provide financial freedom by creating income-generating activities for women. They do this by running business and entrepreneurship training and giving women the know-how and skills they need to set up their own business.

And here's where the 'Queenz' peanut butter comes in.

With support from Wangu's Foundation, 15 rape survivors from Mukuru slum (Nairobi) have set up their own peanut butter factory and are now earning a living from it. And much more.

Wangu says: "These women have turned their lives around one step at a time.

Their self-esteem has gone up as they are now able to pay for their children's school fees, food and rent. The community has finally accepted them and the relationships with their families have improved. It's amazing to see what can happen when you empower women." 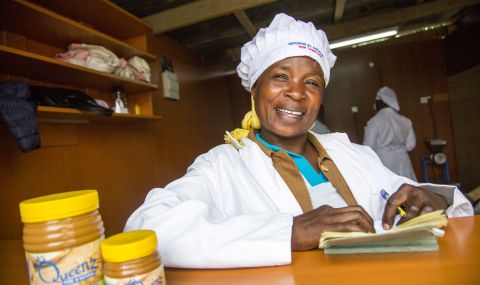 Fearless women like Wangu are standing up and speaking up all over the world, but to finally end violence against women, world leaders need to stand with them.

Could you help support women like Wangu? Your donation of just £3 a month could help fund our work training and supporting women around the world to put an end to violence.