Hamda is the deputy leader of a women's coalition in Somaliland. She is a survivor of female genital mutilation (FGM), and she works tirelessly to persuade people within her local community to stop carrying out FGM on their daughters, by sharing her experiences and how it could have destroyed her marriage. 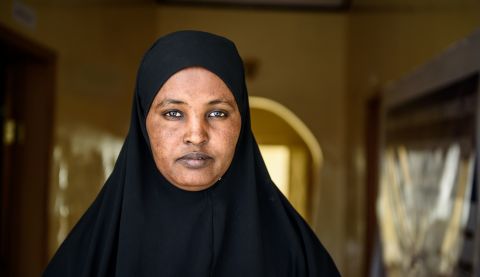 Hamda, 30, had FGM when she was nine, which led to serious health problems throughout her life. Now she is an anti-FGM campaigner for ActionAid.

"My name is Hamda. I'm 30 years old and I campaign against FGM in my community.

I am the deputy leader of our women's coalition. I also hold seminars and awareness raising sessions to tell people to stop doing FGM. I give people an idea of how FGM will affect their relationships. I’ve been doing this work for around nine years.

We list out the problems a girl might face when she has FGM. We even tell them this is not a religious thing; FGM is not connected to religion.

More than 600 people have attended my seminars over the years. Some parents have said they won’t cut their girls. Many people now understand the consequences of FGM.

I decided not to cut my daughters. That decision required strength in the face of local community peer pressure. One of my proudest achievements was when I talked my cousin out of cutting her baby girl. I went to her home, I talked to her and convinced her. She didn't cut her daughter because of me.

One of my proudest achievements was when I talked my cousin out of cutting her baby girl.

I live in one of the biggest internally displaced people's camps in the capital, Hargeisa. Becoming a campaigner was a gradual process. I started attending training sessions held by ActionAid and then I became an active member of the women's coalition.

The most important reason that drove me to become a campaigner is that I've personally suffered from the negative health consequences of FGM and I decided to save other girls.

Hamda's own experience of FGM

I was nine years old. My mum wanted me to have FGM. I said to her: ‘Please don’t do FGM on me’, but she said she didn’t have any other option, the community would insult me if I didn’t have it done.

I was struggling when they cut me, but they called the strongest women in the village to hold me. They all pinned me to the table by my arms and legs. The lady cut the area and I couldn’t move. She used thorns on my vagina. I couldn’t urinate. I was suffering for seven days… After you are cut, you can’t even eat, you can’t sleep.

After she did the FGM, they tied my legs, so the place would be very tight and heal quicker. When you are sleeping during the seven days, the lady will come back, to take the thorns out.

After a girl has FGM done she doesn’t drink water for a while because if she does that place will not get dry. The length of time that she goes without water depends on the time it takes for that area to heal and get dry. It’s maybe around one week. 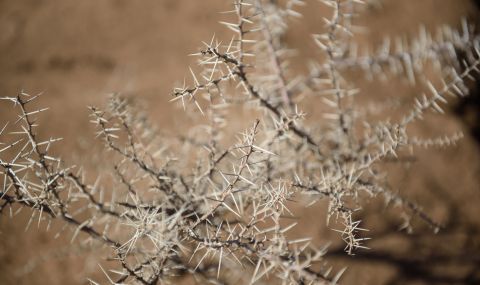 I screamed, but my mother wouldn’t help me. She couldn’t because if she gives me water or something to eat, the place will not heal. So she was avoiding me. I also wanted my father, but he was not there.

Then when you have your period, it’s like drops, it doesn’t come out properly. It’s just like tiny, tiny, tiny drops.

Cut again on her wedding night

My future husband and I saw each other for the first time when I was walking around the village with my friends. He said: ‘As-salaam-alaikum’. I said: ‘Wa-alaikum-salaam’.

Then he asked me: ‘Are you single or married?’ I told him ‘I am single’. Then he took my number and we talked to each other over the phone. We got to know each other over a year.

He was so friendly. He was such an open person. I liked his character and so we fell in love. I didn’t just fall in love with his face but with all of him… he was the only one for me.

The first night after we got married, I thought I would be happy, but I was not. It was so, so, so, painful. On my wedding night, the woman came to cut that place open. There was so much blood. It was worse than the pain of having FGM. After she cut me, the lady’s hands were full of blood. She used some cloth to stop the bleeding. She had to use three bed sheets and they were soaked.

There was so much blood. It was worse than the pain of having FGM.

I left the bedroom, I went to another room and I locked the door. I didn’t want him to come in. I refused to have sex for a week. After a while someone from my family came and gave me medicine so that place would heal.

My husband and I loved each other, we wanted to marry each other. But then because of FGM you end up in the same house but separate from each other. You don’t have the same love that you had before, that’s because of FGM. Over the years we’ve become closer again.

Changing attitudes to FGM in Somaliland

In our community, the place I live, there are women’s coalitions that spread awareness about the risks of FGM. They go to villages, gather people around and give them knowledge about the risks of FGM.  We also hold seminars for boys and try to encourage them to not pressurise girls to have FGM, and not to see FGM as a pre-condition for marriage.

Between 2002 and 2016, I believe, the rate of pharaonic FGM has reduced.  But I want to see a day when no girl is cut. In my opinion this will happen when fathers involve daughters in decisions that affect their lives.  Another thing we need is more women politicians in Somaliland.

We also hold seminars for boys and try to encourage them to not pressurise girls to have FGM, and not to see FGM as a pre-condition for marriage.

Some of the men are saying it’s not good to do FGM. I don’t have the fear that my daughters will not get married, because the men are more understanding now about the risks of FGM."

ActionAid supports incredible women like Hamda, who are working tirelessly to change minds and behaviours in their communities to end FGM. A regular gift to ActionAid will ensure that we are able to support more women like Hamda.