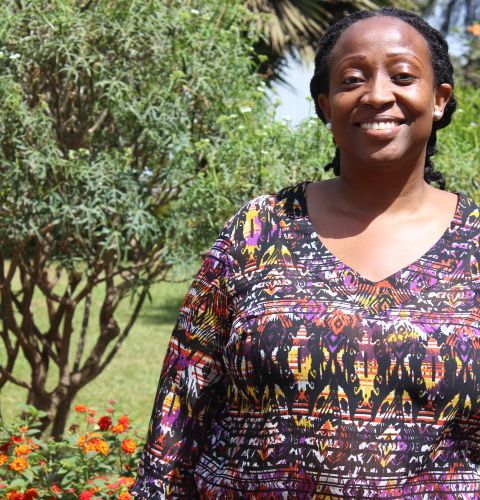 Campaign to end violence against women and girls

Violence affects a shocking one in three women. But fearless women all over the world are fighting to claim back their rights.

The fearless women on the frontline

Today, violence will affect millions of women and girls around the world, violating their human rights and holding them back from reaching their full potential.

Violence against women is complex, but it is not inevitable. Fearless women leaders everywhere are working to end it – and they are getting results.

The groups these women lead make a huge difference on tiny budgets, and they know better than anyone what will work to turn the tide against violence in their communities. Yet they are critically underfunded, receiving just less than 1% of UK aid money committed for gender equality.

In November 2016, we were delighted when the government announced a big chunk of new funding to support grassroots groups doing this vital work. But this isn’t the end of the story. There's still much more to do.

Sign up now to be part of the next step.

Daisy stands up against government backlash in Kenya

Daisy Amdany is the director of a grassroots women’s group in Kenya, and the chairperson of the National Women’s Steering Committee, a group of 56 organisations in the country working for women’s rights. Together with partner organisations, they push for better national laws on violence against women. But they face a lot of backlash:

“We operate in a very hostile environment. If you point out any wrong you belong to the opposition and want to overthrow the government.”

Despite the backlash, Daisy is dedicated to her work:

“As long as I have breath in me I will fight for the advancement of women - discrimination is unacceptable.”

She is frustrated by the lack of funding for women’s groups in her country, as she sees how their work changes lives. She said that her message to the UK government is “Give us the money. We’ll do the work. And we’ll get the results.”

Stand with Daisy now and tell us you're in.

Have you been affected by violence?

If you or a woman you know is facing violence, you can get help by calling the National Domestic Violence Helpline on 0808 2000 247 – it’s free and open 24 hours. You can also visit their website below: