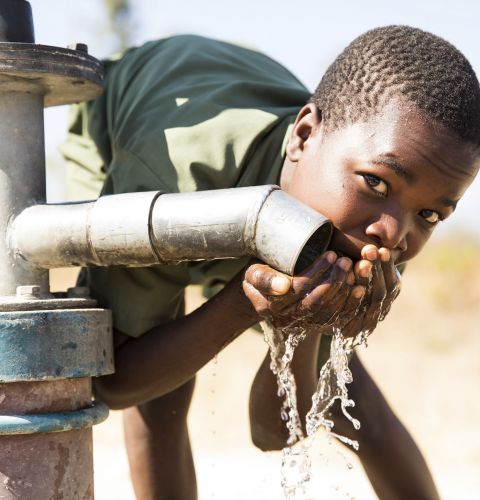 Cholera and other waterborne diseases

Learn about the causes, symptoms and effects of cholera, how it spreads, and how ActionAid helps prevent diseases like cholera as well as supporting communities in the case of a cholera outbreak.

Cholera is an acute diarrhoeal disease that can kill within hours if left untreated. There are many defect bacteria and viruses that can lead to diarrhoea – which spread rapidly when food or water is contaminated with infectious material, such as sewage – but cholera is one of the most serious.

ActionAid helps prevent diseases like cholera by providing vulnerable communities with safe drinking water, handwashing materials and hygiene training, as well as supporting them in the case of an outbreak. 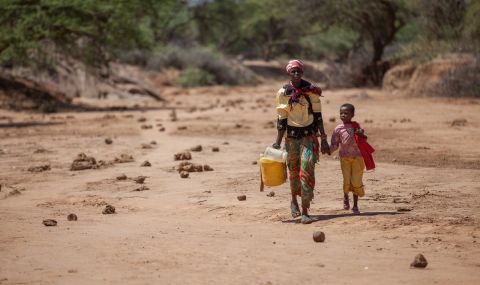 Consolata and her daughter Elizabeth carry jerry cans from a watering hole during drought in Kenya in 2017. Photo: Alice Oldenburg/ActionAid

Cholera and diarrhoea: what's the difference

Cholera is an acute diarrhoeal disease that can kill within hours if left untreated.1

People living with poor sanitation are most at risk, making it a strong indicator of poverty and inequality. It can be a particular risk in emergencies when sanitation systems are inadequate or overwhelmed.

Cholera is caused by the ingestion of food or water contaminated with the bacterium called Vibrio cholera.2  It can cause fever, vomiting and watery diarrhoea. In its most severe form, people experience a sudden onset of acute watery diarrhoea that can lead to death by severe dehydration.

Diarrhoea is a common problem associated with poor hygiene and contaminated water. Diarrhoea is a symptom of cholera. In the worst circumstances it can be a killer. The loss of water and essential bodily fluids and minerals can rapidly weaken vulnerable people.

Where is cholera found?

Cholera is most widespread in regions with poor sanitation such as parts of:

Severe outbreaks of cholera often happen as a result of serious disasters, such as hurricanes, typhoons, or earthquakes. This is because they disrupt existing water systems, resulting in drinking and waste waters becoming mixed, which increase the risk of others contracting cholera.

Is there cholera in the UK?

How does cholera spread?

Cholera, like other waterborne diseases, can spread if food and, in particular, water become contaminated with the stools of an infected person. A very short incubation period of two hours to five days means cases can rise extremely quickly and turn into an outbreak.

Around 75% of people infected with cholera do not develop any symptoms. However, their faeces is infectious for 7 to 14 days and is shed back into the environment, where it could infect others. Cholera affects both children and adults and, unlike other diarrhoeal diseases, it can kill healthy adults within hours.

People with a weak immune system, such as malnourished children or people living with HIV, face a higher risk of dying if they catch cholera.2

Cholera can be easily treated with the quick intake of oral rehydration salts to replace lost fluids. However, if left untreated, cholera can kill quickly following the onset of symptoms, meaning promoting awareness and prevention methods is essential. 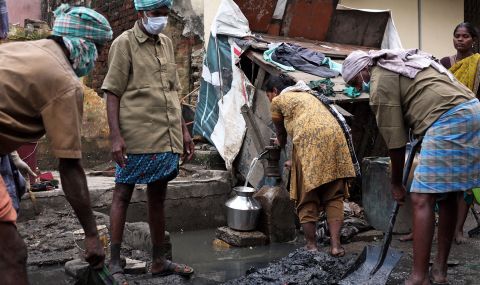 How ActionAid helps prevent cholera and other waterborne diseases

Essential to the prevention of waterborne diseases such as cholera is making sure people have on-going access to safe, clean water.

That's why we provide this for communities. This might take the form of a well or borehole driven by a pump, which taps into the underground stores of water, or safe and clean tanks to store water at household level.

We also train people in the community how to monitor and fix any future problems, to make sure it can be a sustainable source of water for everyone for years to come.

Clean water for students in Afghanistan

“ActionAid dug a well and provided us with a water tank," says 12-year-old Karishma from Afghanistan. "We can now drink cool, clean water whenever we like."

Karishma is among 1,081 students that attend her local high school. With no access to water, the school relied on their 62-year-old security guard, Mir Alam, to walk the 1km to a nearby canal to collect water for the students. Thanks to ActionAid child sponsorship, we were able to help.

Karishma says: “The water from the canal was not very clean, many of us missed lessons because we were suffering from diarrhoea, or worse, cholera. Thanks to the work of ActionAid and our teachers we can now have a drink without having to worry if we will become ill."

12-year-old Karishma collecting clean water from an ActionAid funded water tank at her school in Afghanistan, which helps reduce the risk of diseases like cholera

Alice, from Nyamaropa in Zimbabwe

The effects of clean water in Zimbabwe

Alice, from Nyamaropa in Zimbabwe suffered from typhoid during the 2014 outbreak. She was hospitalised and it took her two weeks to recover.

In response to the outbreak ActionAid dug a borehole providing the community with clean safe water meaning they no longer have to drink dirty water from the Murozi River, preventing the risk of waterborne diseases like typhoid and cholera.

Since it's construction the number of cases of waterborne diseases in their community has gone down. In 2014 there were 15 cases of typhoid and three cases of cholera. As at August 2016 there are no cases – a real triumph. Alice said villagers now follow all the guidelines to limit the spread of disease.

After a disaster or during conflict, the risk of cholera and other water-borne diseases increases dramatically.

Reduced access to clean water and sanitation creates the perfect conditions for cholera to develop, and lots of people cramped into small spaces such as shelters or refugee camps means the disease can spread very rapidly.

Giving out hygiene kits is therefore often a vital part of our response to humanitarian crises – from the Haiti earthquake in 2010 to the mudslide in Sierra Leone in August 2017.

Following the devastating earthquake in Haiti in 2010, our local staff distributed hundreds of cholera prevention kits, including 290 kits to internally displaced people at Foyer Monfort.

Another reason diseases such as cholera can spread very quickly is if communities do not have a culture of washing their hands, especially in crowded places such as schools.

ActionAid supports health education projects throughout the community – providing promotional materials and training about the importance of handwashing to stop the spread of diseases, as well as the equipment itself.

Five-year-old Lae Yi Soe washing her hands using the water system at her school, paid for by ActionAid funding, in Myanmar's Dry Zone. Her village often faces water shortages due to drought.

Teaching children like Lae Yi Soe to wash their hands from a young age will help protect them from potential outbreaks of waterborne diseases such as cholera, and embed a culture of handwashing for future generations.