Sumita is training to become a bus driver, India.

Our annual Trustees’ Report and Accounts charts how, with your support, ActionAid in the UK is making progress towards our strategic objectives.

The annual report also includes our audited accounts, explaining where our income comes from, and how we’ve spent it. Our Trustees are responsible for preparing these reports in keeping with the law and the UK Accounting Standards. They are published each year.

If you have any questions about the Trustees Report and Accounts, please email us at supportercontact@actionaid.org.

What we achieved together in 2018

2018 was a remarkable year for women’s rights – which was fitting given that it marked 100 years since Parliament first gave (some) women the right to vote. The momentum of the #MeToo movement, which kicked off in October 2017, was kept alive by significant moments for gender equality around the world.

It was appropriate that this monumental time for women and girls coincided with the first full year of ActionAid UK’s new strategy that puts women and girls at the heart of everything we do. We know that challenging gender inequality is essential if we are to tackle poverty worldwide and help women and girls change their lives for good. That’s why our programmes around the world focus on ending violence against women and girls, helping women claim their rights to economic opportunities and empowering local women to lead the response in a humanitarian emergency.

Over
18,000
new supporters in the UK signed up to give a committed gift

In the Kuntorloh community of Sierra Leone, women are making a living by selling handmade soap. ActionAid provided the initial soap-making training, as well as money for the training materials.

After Emelia received soap-making training from ActionAid Sierra Leone, she decided to help other women in her community (like Isata, pictured) earn their own living.

When we saw that our soap was selling and we were making a profit, we focused on [teaching soap-making] and this has helped the majority of the women in the community. I believe we women have to help each other so that we can stand strong.”

ActionAid has been working in Sierra Leone since 1988, responding to the needs of communities affected by 10 years of brutal civil war. Today, we have long-term programmes established across all regions of the country.

Sajeda met her friend at a women’s space supported by ActionAid Bangladesh in a refugee camp in Cox's Bazar.

Sajeda met her friend Sobika at a women’s space supported by ActionAid Bangladesh in a refugee camp in Cox’s Bazar. Both women are Rohingya Muslims and were forced to flee the violence in Myanmar in 2017.

Sajeda, who has five children and married as a child, left Myanmar when her village was raided. For six months now, she has been visiting an ActionAid Bangladesh women’s space in the refugee camp, where she has befriended other women and received support.

In these safe spaces, women and girls can access education and training, often for the first time in their lives. They learn to read, gain new skills and start to recognise their own potential. They are also places where women and girls can access emotional support for the horrors they have experienced, as well as receive medical referrals for cases of rape and gender-based violence.

We came with an empty hand and we didn’t have any expectation of the kind of life we would find here… but Bangladesh welcomed us.”

Over
8,000 people signed our open letter protesting Mr Trump’s visit to the UK in July

Over
75,000 people were reached on Twitter with our stories of defiance, posted online during the 16 days of Activism Against Gender-Based Violence campaign in November and December

Over
250,000
people gathered to celebrate women’s rights during the Women’s March organised by ActionAid UK and other charities

Milicent is a survivor of harsh domestic violence and an acid attack.

A success story – ending violence against women and girls

Millicent, 32, from Kampala, Uganda, is a survivor of domestic violence and an acid attack at the hands of her second husband.

In 2016, one year after hospitalising his wife, Millicent’s husband poured acid in her face and blinded her in one eye.

The police referred Millicent to an ActionAid Uganda Gender-Based Violence Shelter for support. The shelter provided Millicent and her three children with a safe place to sleep and receive counselling, as well as access to medical and legal services.

Thanks to ActionAid Uganda’s support, the police located Millicent’s husband and launched two cases against him. The court wanted to grant him bail, but we ensured this didn’t happen.

Finally, in August 2018, Millicent’s husband was sentenced to more than six years in prison for the acid attack. Millicent is still working with ActionAid Uganda to pursue the case of domestic violence.

ActionAid gave me hope and I know that despite the fact that I have one eye, I can still be an important person.”

Our 10 Gender-Based Violence Shelters in Uganda have supported more than 13,000 people over the past five years.

Around
£2.8m received from players of the People’s Postcode Lottery, to support our work promoting girls’ education and tackling the root causes of violence against women and girls

Around
60,000
women and girls in Rwanda, Ghana, Kenya and Ethiopia have benefited from People’s Postcode Lottery-funded work

Binta has benefitted from child sponsorship. 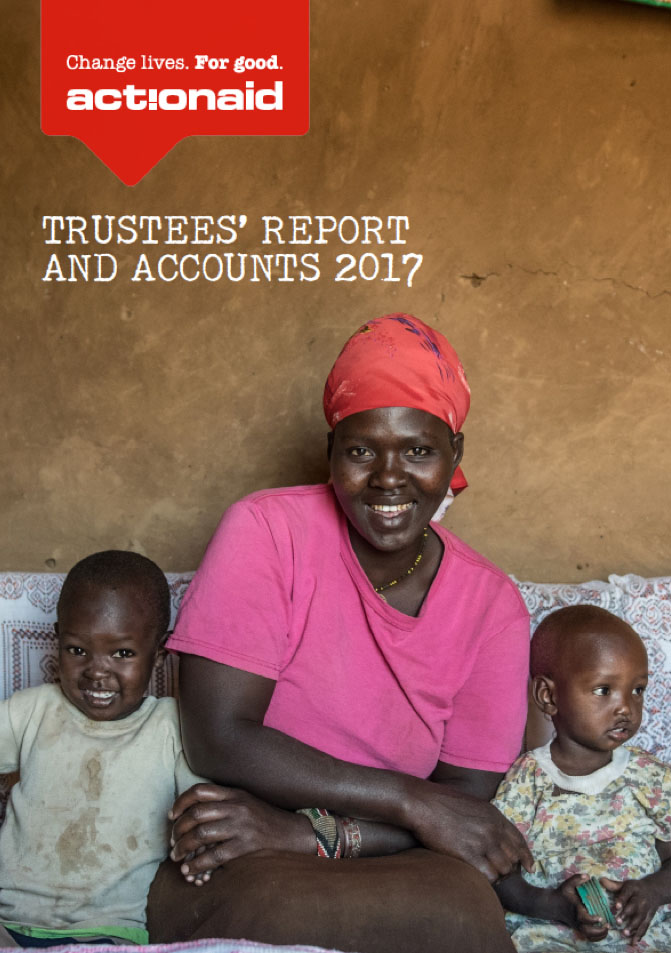 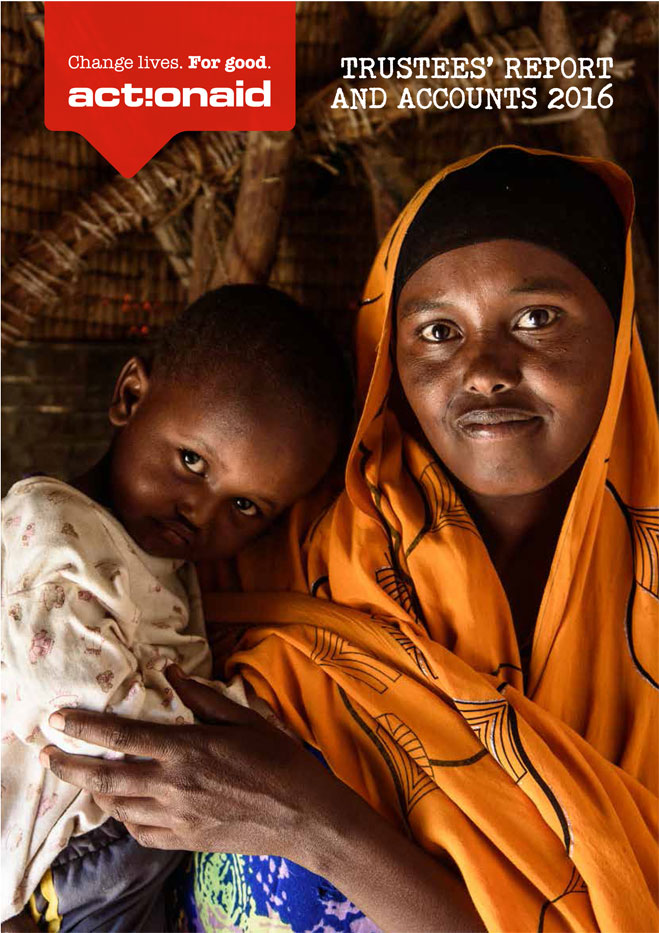 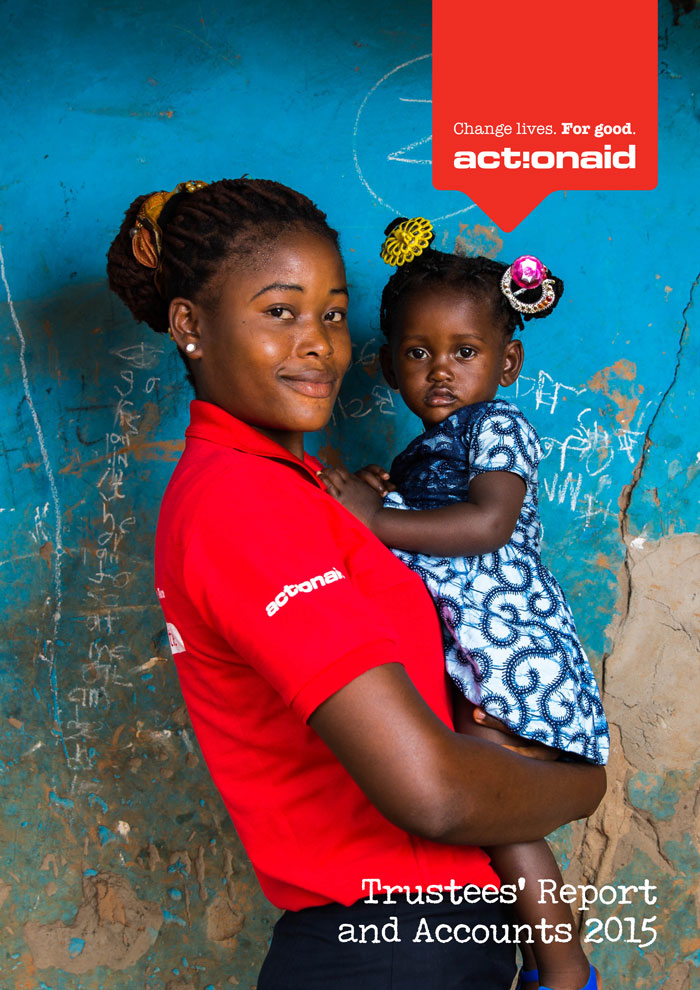