Boris Johnson starts his tenure as Prime Minister at a time of unprecedented global challenges. He inherits the need to ensure Britain is a force for good in the world, including making an unequivocal commitment to women’s rights. 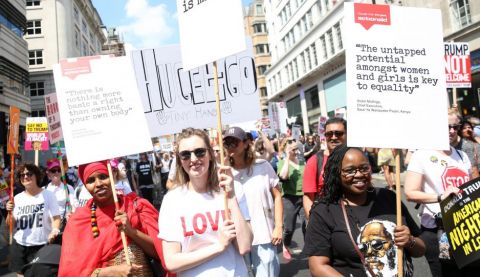 Currently, the UK has a strong global reputation as a leader in women’s rights, and a champion of effective ways to end poverty.

Violence against women and girls is one of the worst human rights abuses in the world – but slowly but surely, there’s a trend towards ending it for good. We should be proud, as a country, that we’ve been a central part of this hard-won progress.

Boris Johnson must halt the rollback of women's rights

When he was Foreign Secretary, Boris Johnson himself was a loud advocate of girls’ education.

And at ActionAid, we know from experience that UK aid has helped grassroots women’s organisations do vital, long-term work to break the cycle of poverty and violence in their communities.

But at the same time, we can’t be complacent.

Around the world, there is an ever-present threat that women’s rights will be ‘rolled back’, from the US to countries like Saudi Arabia.

And in our own backyard too, we must be wary of new proposals that could put progress at risk. Boris Johnson should know that ideas he has recently proposed – such as abolishing the Department for International Development, or edging it towards supporting trade over aid – could ultimately undermine all that’s been achieved.

I grew up in India and have worked with some of the most marginalised people in the world. I’ve seen the power of UK aid done well. I know from experience how UK aid has helped women take charge of their own lives, and hold leadership positions – including in times of crisis.

This is ultimately how the poorest, most marginalised societies grow and prosper – as we at ActionAid know from our own work.

When Ebola hit West Africa in 2014, our local staff trained women to lead their communities in avoiding the disease.

Hawa Jalloh, one of the local women we trained, went from house to house, showing families how to avoid Ebola through simple steps like handwashing.

She told us: “Before the training we didn’t believe it. No one could see it. But after, I gathered all the elders and told them – it is real.” 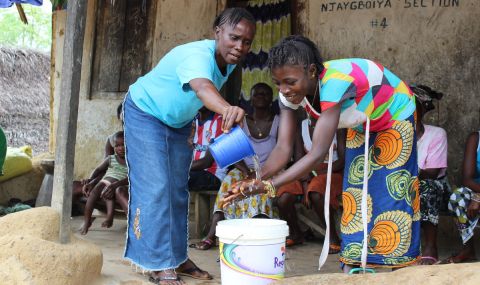 The training that Hawa got wasn’t a handout. It was a vital, transformative event, which gave her the tools she needed to help halt an epidemic. And now, as Ebola hits DRC and threatens to enter neighbouring Rwanda, we’re seeing again how crucial this kind of aid is.

Why the Department for International Development must remain independent

I’ve also seen how the work of DfID – its expertise, and high standards of transparency and value for money – have earned the UK a powerful reputation as a global leader in women and girls’ rights.

This is one of the UK’s most impressive exports – Global Britain made real.

If Boris Johnson wishes to lead a truly Global Britain, he must now show he’s on the side of the poorest women and girls in the world; that means maintaining an independent aid budget that is focused above all else on ending poverty, and which is delivered through an independent DfID.

As women’s rights come under renewed and sustained attacks, and crises around the world multiply, now is not the time to look away – nor to sacrifice progress on the altar of politics.

Together, we must stand up for women and girls' rights, and call on Boris Johnson prevent their rollback.

In a Global Britain, we must be the leaders on women and girls' rights.