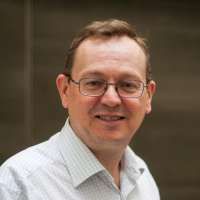 The escalating Southern Africa food crisis is putting millions of lives at risk. Find out what’s happening in the affected countries, directly from ActionAid staff on the ground. 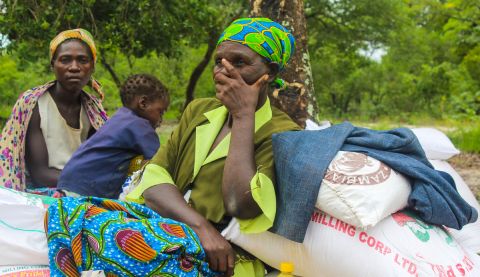 Late rains, the aftermath of two major cyclones, droughts and flooding are putting millions of lives at risk across Southern Africa.

More than nine million people across Malawi, Mozambique, Zambia and Zimbabwe are facing severe food shortages, following the worst drought the region has seen in 35 years.

Find out what’s happening in the affected countries - and the impact of the escalating climate crisis on people’s livelihoods in Southern Africa.

ActionAid is distributing maize and cooking oil to 1,000 families affected by the crisis.

“The heat we are feeling now is unbearable, coupled with the drought, the situation is quite alarming to the region,” Chikondi says.

That climate change is a catalyst for this is such an injustice. The countries facing the greatest burden are not responsible for the climate crisis, but we are living with it every single day.”

“We have been experiencing such heat for the past four years. Communities are still recovering from the cyclones which hit earlier this year, destroying crops in a region that was already vulnerable.

“Families have reduced their meals to one a day and hunger is rising.

"The situation is getting worse each day. We need to move in fast to address the situation.”

“Cyclone Idai destroyed large areas of farmland across Mozambique. There were donations of seeds as part of recovery efforts, but once they were planted we had an infestation of the fall armyworm pest, which again destroyed the crops.

“On top of that, the rainy season is delayed and it is causing panic among the population. Rains were expected in October, but they still have not come.

“The weather forecasts are showing that areas hit by Cyclone Idai will be affected by flooding, while the southern areas will continue to face drought, which has been affecting the region bordering Zimbabwe for two years.

It is becoming a dire issue. Water is becoming so scarce, people are selling off their cattle because they cannot survive."

“The government has not yet declared an emergency, but there is no water and rivers are drying up quicker than ever before.

"Even in the capital Maputo, there is drought. We do not know when the rains will come. Soon we will be facing a national tragedy if we don't act now.”

“The current hunger situation in Zambia is critical and is projected to worsen in the next few months.

Over 1.7million people in 58 districts are in need of life-saving assistance, with the number expected to rise to 2.3million if nothing is done.

“According to the UN, $89.5million is needed to fund the humanitarian response. We need to act now to save lives.” 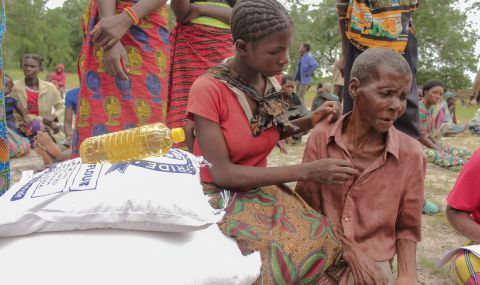 We must take action on the climate crisis

And women and girls are bearing the brunt of these disasters.

That's why ActionAid works to put women and girls at the heart of our response, ensuring local women are in charge, advising what their communities need, and overseeing the distribution of aid to the most vulnerable, to ensure fairness and transparency.

We are scaling up our response in Southern Africa, to distribute life-saving items like food and water purification tablets, plus critical items for longer term health, such as safe sanitary products and hygiene kits.