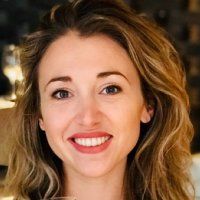 UK Trade Bill: will the UK lead the charge on trade and women’s rights?

With its departure from the EU, the UK has an opportunity to redefine its role in the world and create a new, independent foreign policy. But will the Trade Bill, due to be debated in the House of Commons today, help or hinder the UK’s path to being a ‘Global Britain’? 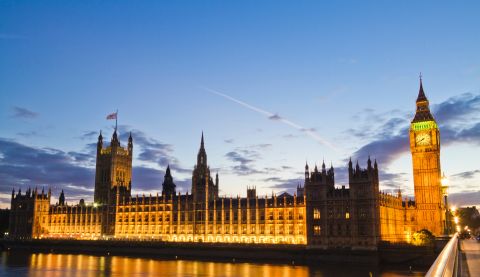 With its departure from the EU, the UK has an opportunity to redefine its role in the world and create a new, independent foreign policy.

It has taken some steps towards this, notably through the controversial creation of the Foreign, Commonwealth and Development Office which will seek to align the UK’s diplomatic and development policy.

Despite what has been dubbed by the Chancellor as a “temporary” cut to the aid budget, the Prime Minister and Foreign Secretary insist that the UK will continue to be a “force for good” in the world, prioritising, among other development objectives, girls’ education and tackling climate change.

But where does UK trade policy come into this, and will the Trade Bill, due to be debated in the House of Commons today, help or hinder the UK’s path to being a ‘Global Britain’?

The pressure on the Government to retain its status as a “good country” is magnified by the fact that the UK will be the focal point of several international conferences this year, notably the climate talks (COP26) in November and the G7 summit in June.

It will also co-lead the Global Action Coalition on ending violence against women and girls, and preside over the UN Security Council next month.

UK Trade Bill: where does trade fit into “Global Britain”?

While the Prime Minister has insisted that, going forwards, the UK will speak with “one voice”1 overseas, there is a question mark over the extent to which the UK’s approach to trade supports the image that the UK wants – and indeed needs – to project internationally.

On the surface, the UK’s trade policy is saying all the right things.

The 2019 Conservative manifesto2 pledged that UK trade would align with the UK’s commitment to human rights, and women’s rights in particular – and the 2018 Commonwealth Summit saw UK leadership on gender-responsive trade practices.

More recently, the standalone chapter on women’s economic empowerment in the UK-Japan trade deal points to a UK that wants to be seen to take a progressive approach to trade and human rights, notably with a gender lens.

However, UK efforts on trade and gender are almost exclusively focused on increasing opportunities for women to enter into trade, rather than addressing the human rights impacts of existing trading policies and practices.

While the Government-funded SheTrades3 initiative shows the UK Government is committed to embedding gender equality across its trade and economic policy work, it is not sufficiently comprehensive or aligned with the ‘Leave no one behind’ agenda.

Firstly, it reaches only the small minority of women who already own businesses, leaving behind the poorest and most marginalised, who form the vast majority of informal sector workers, those engaged in agriculture and in the myriad other sectors where women are over-worked and underpaid.

Secondly, in helping women to access markets without recognising or seeking to reduce the unpaid care burden that falls disproportionately on women, this policy will fall short of addressing the root causes of gender inequality.

Finally, and most importantly, this approach does not challenge the unequal terms in which women engage with trade, and fails to recognise the UK’s contribution to this structural inequality as a free trading nation and a key player in the international architecture.

Free trade is coherent with the UK’s professed values of openness, democracy and fairness as it seeks to lower barriers to trade and widen access to the UK market – making it easier for developing countries to benefit from the economic rewards that trade brings.

Indeed, trade has been an important driver of job creation around the world, as well as a key factor to support the development of economic strategies and domestic markets across the Global South.

However, because of unequal trading relationships between the Global North and the Global South, southern countries often lack access to patents, technology and general support to build domestic economies on the basis of high value-added activities.

Instead, they must join global trade at the bottom of supply chains, competing against each other by offering the lowest production price possible.

This can only be possible by reducing labour costs, and as such, at the bottom of the supply chains of popular ‘fast fashion’ brands are insecure, low-wage jobs, far from what the International Labour Organization defines as “decent work”.

Employees – mostly women – have no social protection or right to unionise. Employers’ power to dismiss these women without notice or pay leaves them vulnerable to exploitation, gender-based violence and harassment.

A 2019 study of four garment factories in Bangladesh4 found that all female workers complained of verbal abuse in the workplace, and all had experienced the threat of losing their jobs.

As reflected in media coverage of the Rana Plaza factory collapse in April 2013, which tragically caused 1136 deaths, fashion brands were held accountable for their failure to carry out human rights due diligence in their supply chains, and to ensure factory workers are not subject to unsafe working conditions.

But while companies are frequently (and rightly) criticised in the media for lack of human rights due diligence, blame rarely falls on the governments who either fail to hold companies accountable, or who do not assess or mitigate the impact of their own trade policies on labour standards.

Unscrupulous consumer brands in wealthy countries want the cheapest materials possible to meet the high demand for cheap clothing in the West, and to ensure a tidy profit margin.

It’s in the UK Government’s economic interests to facilitate this, creating a ‘race to the bottom’ of wages and labour standards in supplier countries as they compete to attract investors.

Trade and the Covid-19 Crash

This ‘race to the bottom’ is exacerbated in periods of economic uncertainty.

More than a million garment workers in Bangladesh alone have been sent home without pay or social protection after major clothing brands cancelled or suspended billions of dollars’ worth of orders due to the collapse in consumer demand caused by Covid-19.

The Bangladesh Garment Manufacturers and Exporters Association (BGMEA) has identified at least 46 factories which have still not paid workers salaries for March 2020, despite repeated requests to do so.

And with the media indicating that UK retailers will re-open with a need to reduce prices, we can expect – as witnessed during the 2008 financial crisis – a further decline of wages in supply chains.

Women, who comprise the vast majority of garment workers, are being disproportionately – and unfairly – affected.

So aside from companies taking it upon themselves to ensure adequate labour standards throughout their supply chains, as it should be noted that some do, what can be done to remedy the unequal terms by which the UK trades with other countries?

The answer is not simple, and not without potentially obstructing UK trade with other countries at a time that it is seeking to strike lucrative agreements. But it forces the inevitable question: is Global Britain about more than trade? Is it about our values, too?

The UK Trade Bill – an opportunity

As a first step, the UK Government could look again at the narrow scope of the UK Trade Bill, which is about to return to the House of Commons after a number of government defeats in the Lords.

The Government needs the Trade Bill to quickly facilitate the rolling over of some 40 EU agreements into UK law, ensuring continuity for UK businesses and consumers.

So the pressure to rush through trade deals is undeniable – and understandable, but the Government should also recognise that if it is serious about crafting a new, progressive foreign policy that preserves UK influence and does not undermine its well-funded development objectives, the UK Trade Bill needs to put some important markers in the sand.

Supporting the Lords’ amendment to ensure that the UK undertakes human rights risk assessments of all trade deals would be one of the lower-cost options, and one of the hardest to refute.

A risk assessment would ensure that the UK looks at the extent to which a trade deal could fail to be compliant with the international human rights standards that the UK has voluntarily signed up to, for example on women’s rights and the right to decent work, and also makes it harder for the UK to sign deals with countries which have allegedly committed human rights atrocities.

A related amendment, which is commendable and not without its legal complications, would prevent the UK from signing trade deals with countries that the High Court “preliminarily” deems to have committed genocide.

Another amendment that the Government should consider supporting – and which is gaining ground in the Conservative party – is the amendment on scrutiny, which would give MPs a guaranteed debate and vote on all trade deals.

The new scrutiny framework proposed in this amendment offers a considerable improvement on existing levels of parliamentary scrutiny of trade deals in the UK, whose processes lag behind the EU, US, and other countries.

The current system has been criticised by five Parliamentary committees, as well as businesses groups including the CBI and International Chambers of Commerce.

Without adequate levels of oversight, it is not possible for parliamentarians – or the taxpaying public – to be aware of human rights implications that UK trade policy has on communities – and particularly women – overseas.

And without this awareness, there can be no political or public pressure to mitigate against these impacts.

Aside from the UK Trade Bill, there are measures that the UK Government can take to ensure that trade is not only free, but fair.

It could ensure that the social impact assessments it routinely undertakes are meaningful and gender-responsive, and could also more proactively support the creation of decent work for women by excluding trade provisions that could threaten workers' rights; including safeguards that protect against the lowering of labour standards.

However, while it isn’t a silver bullet, the Trade Bill, if the Lords amendments are passed, poses a real opportunity for the UK to be a pacesetter on a progressive, human rights-based approach to international trade.

This vote comes at a critical time for both the UK’s global identity, and for the women and girls braving the economic fall-out of Covid-19 in the poorer countries on which our supply chains depend.

Please share this blog, and support the call for the UK Trade Bill to lead the way on trade and women's rights.