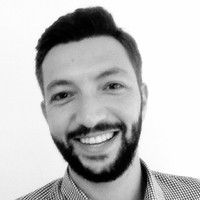 Can we eradicate hunger and poverty without causing climate change?

Can we address hunger and eradicate poverty without the necessary rapid economic development usually required?

Does the human pursuit of economic productivity inevitably mean the destruction of the planet? Our humanitarian lead Rachid Boumnijel doesn't think so. Find out how we can address poverty, provide food for the world's growing population, and still prevent climate change through sustainable development. 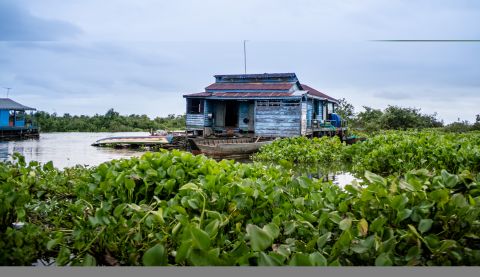 A house in a floating village in Pursat, Cambodia. The village also has a food processing station and a floating garden. Photo: Angkor Films/ActionAid

Both global hunger and poverty had been decreasing over the past decade. Up until 2017, poverty was falling globally1 , and up until 2016 hunger was in decline.2

But despite the positive trends, if we look closely at the evidence, we can see that some people were still left behind.

And now inequality in some countries is on the rise again and climate change threatens this further.  Over 900 million people across 93 countries don't have enough to eat,3  and global poverty is expected to rise again with the Covid-19 pandemic exacerbating existing issues like conflict and the effects of climate change.4

Feeding the world without destroying it

Development, rapid economic growth and increased agricultural productivity in the last 20 years have helped reduce the number of people in the world who didn't have enough to eat and in reversing poverty.

While development and some economic growth have helped stave off hunger and addressed poverty, we cannot keep continuing on this path unabated."

But the global population is expected to rise by two billion in the next 30 years,5  and hunger has been increasing again within the last five years. With one in nine people globally suffering from hunger today,6  meeting the goal of zero hunger by 2030 still remains a challenge7 .

So how do we meet this demand for food without exponential economic growth that may bring with it environmental destruction?

Many, like Swedish activist Greta Thunberg who famously denounced "fairy tales of eternal economic growth", argue that endless growth is a myth that we are paying for and will pay for further down the road.

13-year-old environmental activist Ridhima Pandey from India feels strongly about her government's focus on economic growth and lack of action on climate change - so much so that she sued the Indian government for failing to protect the environment in 2017.

"They shouldn't concentrate just on development," she says. "What will we do with all this development if we are not going to have a future?"8 .

But as social activist Naomi Klein claims, are "our economic system and our planetary system ... now at war”?9

Unsustainable development, hunger and climate change are all inextricably linked.

While development and some economic growth have helped stave off hunger and addressed poverty, we cannot keep continuing on this path unabated. Despite economic growth, access to food remains unequal. And overuse of natural resources and the effects of pollution have led to the destruction of the environment, affecting the capacity of our lands to sustain food crops which directly affects both poverty and hunger reduction.

If instead, we use sustainable agricultural practices such as agroecology that take a holistic approach to the design and management of food and agricultural systems, we can address poverty, hunger, and climate change."

Look at the way we, in the global north, are producing food on an industrial scale and how this is affecting the natural environment. A rise in agricultural production to meet growing global needs using existing farming practices is not sustainable.

Increasing demand for dairy and meat puts disproportionate stress on natural resources like forests, land, water, and causes global greenhouse emissions. According to the Water Footprint, industrial meat production is estimated to use 15,415 litres per kilo of beef.10  With freshwater in decline around the world and one-third of water being used on animal farming and meat production11 , it's clear that we need to reduce the consumption of meat globally and change the way we farm.

If instead, we use sustainable agricultural practices such as agroecology that take a holistic approach to the design and management of food and agricultural systems, we can address poverty, hunger, and climate change.

How can we change the way we farm and still address poverty and hunger without climate change?

Agroecology is a way of farming and managing crops, livestock, forests, fisheries that is long-lasting, resilient to climate change, and offers various other environmental, social, and cultural benefits such as addressing food and water scarcity, and poverty.

Agroecological approaches are one of the most effective means of adapting to climate change. By improving the health, structure, and nutrition of soil through the use of compost or green manures, we can reduce erosion, improve plant health, and increase the ability of soil to absorb and retain water in times of both drought and flood.

Not only that, but agroecological approaches practiced by small-scale farmers are already addressing food insecurity and poverty. These farmers produce food for 80% of the global south's population and employ around 2.5 billion people in either full or part-time smallholder agriculture, managing 500 million small farms.12

The impacts of climate change affect us all, but it impacts people in the poorest countries first and worst.13  One of the major causes of hunger and poverty is the degradation of our environment.

Countries in the global south are bearing the brunt of the actions of industrialised nations and have done comparatively little to cause this. And after decades of colonialism, inequality, and sometimes inappropriate development, climate change could be the final nail in the coffin for poor communities reliant on the natural environment for their livelihoods.

For example, Cambodia is responsible for producing 100 times fewer emissions than the UK, yet it experiences more typhoons, floods, and droughts than many other countries in South East Asia.

According to the Global Climate Risk Index 2020, Cambodia is one of the countries most at risk from the damaging effects of climate change.

Climate change-related flooding, storms, and rising sea levels cause direct destruction, but the knock-on effects of these disasters devastate livelihoods and continue the cycle of poverty.

Farming and fishing are vital sources of livelihood for many communities in Cambodia, but the increasingly unstable climate is taking a  heavy toll on fish stocks in Cambodia, resulting in huge losses of income to those whose livelihoods depend on fishing.

When families are desperate, they may have no choice but to take out loans they cannot afford to repay. They can become trapped in a vicious cycle of debt and bonded labour that compels people to work off their debts without pay, as they try to survive after climate extremes have ravaged their income.

So, even if over the past decade, countries like Cambodia, have seen a fall in poverty and hunger, this progress is now being threatened by more severe, frequent climate-induced crises, and environmental degradation.

How does climate change affect women and girls?

Due to historical inequality women and girls are even more profoundly affected by climate change than men.

Extreme weather events threaten natural resources like land and water which women rely on for feeding their families and to make a living.  Women and girls are less likely to be in positions of power. They have less access to capital, don't own land, and rarely find themselves in decision-making roles. They are also more likely to live in poverty than men and face more discrimination that can heighten during and after climate-change-related events such as floods and droughts.

Those most affected by climate change often get little or no opportunity to have their voices heard on planning or implementation of climate programmes. Because of patriarchal structures, women’s voices in the agricultural sector have often been suppressed. Their potential in sustainable and green approaches to farming has not been harnessed. Women farmers carry intimate and communal knowledge of local conditions that can transform agriculture.

But changes in power structures, culture, and systems take leadership and the inclusion of marginalised voices.

At ActionAid, we want all women to be climate champions.

Our work in Cambodia and elsewhere puts women front and centre in the fight against climate change.

Women are learning new skills in agroecology, deciding the right adaptation solutions for their community, and holding their government to account in climate policy decision-making and budgeting.

We are training Women's Champions who teach their wider communities on how to adapt to climate change and speak for their communities at climate meetings."

In Cambodia, with ActionAid's help, local fisherwomen are pivoting to new and resilient ways to make a living and feeding their families by growing vegetables on their boats.

We are providing female farmers in Cambodia with climate-resilient seeds and training them in new farming techniques.

We are training Women's Champions who teach their wider communities on how to adapt to climate change and speak for their communities at climate meetings.

So that’s why, as part of our She is the answer appeal, we’re asking you to support women to become champions who can design and deliver climate adaption practices themselves. These women have the power to prevent hunger and poverty from destroying their communities.

Together, we can address these social ills without devastating lands, forests, and oceans and accelerating climate change. Sustainable development led by women champions can address both issues and help avert the climate crisis at the same time.

Time is running out to have your donation matched pound for pound by the UK Government.

We urgently need to work together with women and girls to help them adapt to the climate crisis and keep their communities safe from the effects of climate change.

Your donation of £7 a month could help ActionAid train women in the skills they need to adapt to climate change and train their villages in climate resilience.

Give before Friday, 4 June and your donation will be doubled by the UK Government as part of our She is the answer appeal.