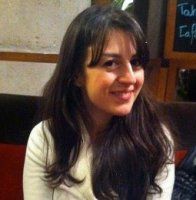 What the G7 Leaders' Summit meant for women and girls

This weekend, leaders of the G7 met in Cornwall, but what did they really achieve for women's rights? 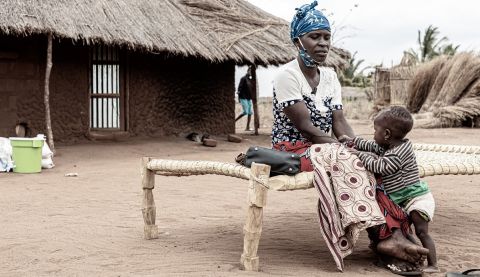 This weekend, leaders of some of the wealthiest economies in the world – the G7 – met in Cornwall. This was the first Covid-era G7 and there was no shortage of challenges to address.

As hosts of the G7, the UK Government has been in a unique position; it has been able to set the political agenda, mobilise money and carry out tangible actions to address the injustices that the Covid pandemic has laid bare.

Ultimately, however, the UK Government – and G7 leaders – produced little beyond warm words. While important, they were backed up by little substance and even less money.

The G7 has fallen short of what women need, and what we deserve.

Covid-19 and women and girls

While the past 12 months have been unprecedented, the Covid-19 crisis has shone a light on and exacerbated long-standing inequalities.

Even before the pandemic, one in three women globally experienced gender-based violence.

Women and girls have long undertaken the vast majority of unpaid care and they are more likely to hold precarious jobs or work in the informal economy, with no employment protection or sick pay.

At the same time, women have seen their leadership and expertise undervalued and are still under-represented in decision-making processes that affect their lives.

Covid-19 has compounded every one of these injustices.

In lockdown, women and girls have faced a surge in violence and have taken on the lion’s share of care work. At the same time, women have seen their jobs and livelihoods disappear as Covid devastated the global economy.

In the midst of this, women and girls in the global south are being dealt a second blow in the form of cuts to the UK’s aid budget.1

As a result of the UK reducing its aid commitment from 0.7% to 0.5% of our national income, the promises made to support the leadership of women and girls and to realise their rights will now be broken.

Despite MPs demanding a Parliamentary vote2 be held on restoring the aid budget next year, the Government has only said that it will restore the UK’s aid budget when the “fiscal situation allows”.

This raises serious questions about the UK’s global leadership on gender equality and development, at a time when the world is watching.

Women have the solutions

Ahead of the G7, the Women 7 summit (the W7)3 – a meeting of feminist activists from G7 countries and beyond – made a number of important recommendations4 to G7 leaders.

What was clear from the expert steer of the W7 is that, around the world, women’s rights organisations and girl-led groups are already working to make gender equality a reality - and they know what needs to happen to make a difference.

Indeed, many of the W7 recommendations were subsequently supported by the Government’s own Gender Equality Advisory Council.5

A global leader on women’s rights?

Before the Leader’s Summit this weekend, the UK Government had expressed its intention to put gender equality at the heart of the G7, by educating girls, empowering women and ending gender-based violence.

The G7 foreign ministers6 recognised the unacceptable impact of Covid-19 on women and girls, including the burden of unpaid care.

This is positive, of course, but for years, G7 summits have expressed the importance of gender equality. Commitments to tangible actions - and, crucially, to finance - have been less common.

The G7: money for nothing?

So what did G7 leaders agree?

The G7 leaders communique made important references to gender equality including a recognition of women’s unpaid care burden and a commitment to eliminating violence against women and girls.

Without tackling all forms of violence against women and girls the UK will not meet its goals on girl's education.

Yet there were a distinct lack of tangible actions, or financing for addressing these.

Despite the dramatic increase in violence against women and girls all over the world and, ignoring the advice of the W7 and the Gender Equality Advisory Council, the G7 made no pledges of funding to prevent and respond to violence.

And there was no investment in women’s rights organisations and girl-led groups, whose expertise is so vital in meeting the needs of women and girls and driving long-lasting change.

The UK did make a funding pledge for girls' education. This is to be welcomed, but it comes at the same time as the Government is cutting its aid budget on girls' education by 40%.

At the same time, girl's education will only deliver its promise if it is backed up by work on all dimensions of gender equality.

Without tackling all forms of violence against women and girls – including early and forced marriage and violence in schools – and addressing the unpaid care burden on women and girls, the UK will not meet its goals on girl's education.

The G7 and women's rights: what's next?

Global summits can never solve all our problems but the G7 was an opportunity for the UK Government to show political courage and take the bold actions needed to ensure the recovery from Covid is a gender-just one.

ActionAid UK will continue to press the Government to turn its warm words from Cornwall into positive action for women and girls around the world.

How you can help put pressure on G7 leaders

We won't stop putting pressure on G7 leaders to turn their words into action.

Will you join our call for action by sharing this blog on social media, and telling G7 why they must put women's and girls' rights at the heart of their agenda?