We are thrilled the Duchess of Sussex, Meghan Markle, visited ActionAid on Tuesday to see our work and take part in a discussion about ending violence against women and girls. 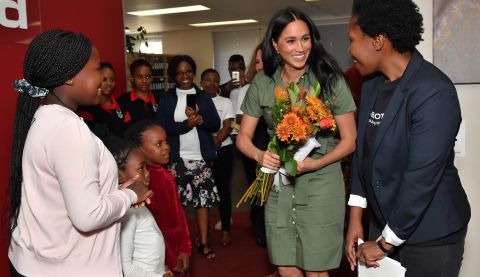 On her visit in South Africa yesterday, the Duchess of Sussex, Meghan Markle, visited ActionAid to learn about our work ending violence against women and girls, and take part in discussions.

After a spate of attacks against women in South Africa, the duchess said the country was in a "crisis state".

She said the age range of those experiencing violence was "really staggering" and agreed that men and boys should be held accountable for their actions.

"And that really is systemic. That is a huge issue... You will feel very displaced." 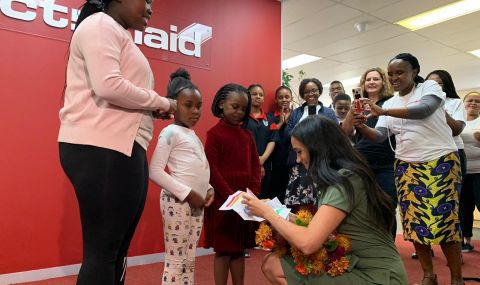 She also said it was important survivors of abuse feel supported when they report such violence.

"And when they tell somebody, someone does something. That's the other issue right? It's so key being able to feel that they can communicate what's happening when something goes wrong, whatever it is," she said.

Nondumiso Nsibande ActionAid Country Director said: "What an honor to have had a conversation with The Duchess of Sussex on a critical issue of violence against women and girls in the country.

School and the journey to it can also be a place where girls experience violence, from sexual harassment, bullying and intimidation, All of us have a role to play in ending gender based violence in our country."

What ActionAid does to end violence against women and girls

Women and girls experience violence and discrimination in every society, simply because of their gender. From the moment they are born, millions of girls around the world face many forms of violence including rape, female genital mutilation (FGM), sexual exploitation and child marriage.

A regular donation of just £3 a month could help change the lives of women and girls living in poverty, and end violence against women and girls in communities all over the world.

Our dedicated local staff are changing the world with women and girls. We are ending violence and fighting poverty so that all women, everywhere, can create the future they want. Please support our work today.