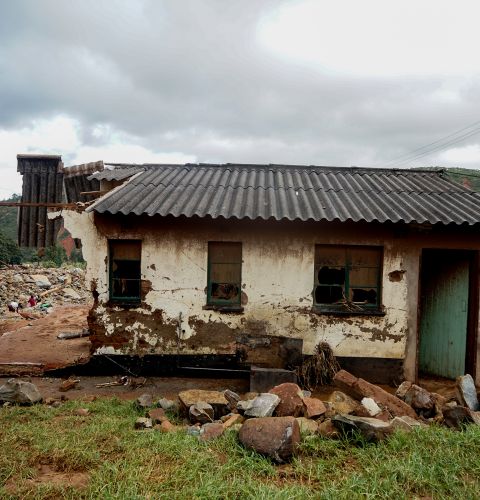 In March 2019, a devastating cyclone made landfall in Mozambique, Zimbabwe and Malawi.

Cyclone Idai was possibly the worst weather-related disaster to ever hit the southern hemisphere; killing over 1,000 people and leaving 400,000 without a home.

ActionAid has a strong presence in Southern Africa and was able to respond to the crisis immediately.

Find out below how the cyclone affected people on the ground and what ActionAid did to help in the immediate and longer-term aftermath.

When did the cyclone occur?

On Thursday 14th March 2019 Cyclone Idai made landfall in Mozambique.

Between 15th and 16th March 2019 it moved inland and passed through Zimbabwe. Heavy rains caused extensive flooding in Malawi.

On 25th April 2019, just five weeks after Cyclone Idai, Mozambique was hit with another cyclone. Cyclone Kenneth was the strongest ever cyclone to hit the southern African country with winds measuring at 140mph.

Where did the cyclone happen?

The affected countries were Malawi, Mozambique and Zimbabwe.

In Mozambique, widespread damage was reported in Beira City in Sofala province; Manica and Zambezia provinces were also severely affected.

In Zimbabwe, the worst affected areas were the Chimanimani and Chipinge districts in Manicaland Province.

What is a cyclone?

Like a hurricane and typhoon, a cyclone is a severe type of tropical storm. They are broadly the same, but are called different names based on where in the world they appear.

What is a tropical storm?

Then, if it reaches maximum sustained winds of 74 mph, the storm is classified as a hurricane, typhoon or tropical cyclone — depending on where in the world it originated.

What is the difference between a cyclone, typhoon and a hurricane?

How exactly do cyclones cause damage?

Cyclones are mainly associated with the strong, destructive winds that cause extensive property damage and deforestation. The resultant debris is dangerous as it becomes airborne.

The strong winds can also cause large waves of up to 15 metres high, which are hazardous to shipping. Storm surges, typically 2 to 5 metres above sea level, cause extensive flooding and damage in coastal regions, and often death by drowning.

Cyclones can also pick up two billion tons of moisture per day and release it as heavy rain. This also leads to extensive flooding, often not only in coastal regions but well inland from where the cyclone made landfall.

Finally, cyclones sometimes spawn tornadoes as they hit land, which can cause extreme wind damage.

What was the scale of the damage from Cyclone Idai? 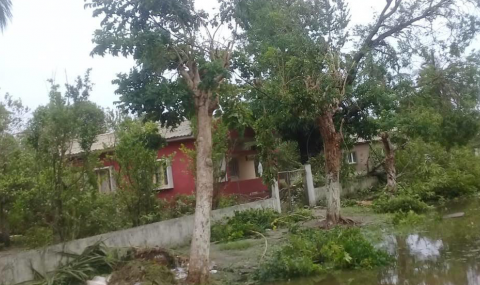 A huge thank you

We'd like to thank everyone who makes this support possible, including the DEC, The Alborada Trust and many individual supporters.

Majiva, a survivor from Chimanimani, Zimbabwe is a mother of three. All of her children and her mother went missing after Cyclone Idai struck and caused heavy rainfall and flooding in her neighbourhood.

Majiva was carrying her baby on her back while her other two children were by her side as she attempted to cross a flooded road. The intensity of the rain increased causing the baby to slip off Majiva's back and sweeping away the rest of the family.

My house has gone along with all my family members, I am left all alone. I used to run a flea market, it's all gone. I don’t have my national Identity card as well as my passport, and don’t know where I will start from."

ActionAid has set up women-friendly centres in Zimbabwe where Majiva, and others like her can get the psychological support they need after the traumatic effects of the cyclone.

Majiva lost her three children and her mother in the flooding caused by Cyclone Idai.

Regina, 30, holding one of her twins at a camp in Mozambique.

When the cyclone struck Mozambique, Regina lost her home.

She is 30 years old and is now living in a camp for displaced people, with her twin children.

Thanks to support from ActionAid donors, we helped Regina - and many others who lost their homes - by setting up camps and providing essential relief items.